Racetime is a fun-filled animated adventure for the whole family, and it is sliding into cinemas on 12 April 2019! This is one family movie you won’t want to miss.

Watch the highly promising sequel to “Snowtime”(2015) through the eyes of directors Benoît Godbout, Jean-François Pouliot and François Brisson.

A spectacular sled race through the village. Frankie-Four-Eyes and his team, including Sophie as the driver, take on the newcomers: the mysterious and conceited Zac and his athletic cousin Charly. The fantastic sled designed by Frankie disintegrates right before crossing the finish line. It is a bitter loss for Frankie who refuses to accept that he might have made some building mistakes. Together with his friends, he manages to prove that Zac cheated during the race. Frankie demands a rematch; which Zac accepts on condition that Frankie build an entirely new race track. Frankie and his friends build a spectacular race track. Zac realizes he is up against a worthy opponent, so he raises the stakes even more by cornering Frankie into betting the barn. As the two teams prepare for race day, Zac has no scruples about cheating even more to weight the outcome of the race in his favor. But Frankie and his team have a few surprises of their own in store for him.

It is a story about determination and team work. About adventures, dreams, ups and downs and all the “little victories of childhood” as the creators would describe. Each character has something special and contributes to the plot in a unique way, brilliantly designed to bring laughter and amusement to spectators of all age. With diversity and idealism as the backdrop, the movie will serve as a lesson for us, maintaining the romanticism of the animation genre. A true ode to fun. Get the family together and enjoy the movie!

You can also go straight to the trailer by clicking here.

Win a R1000 Toyzone voucher by following the easy steps below.

IMPORTANT! Triple your chances of winning by heading to a cinema near you to watch the movie. Let us know in the comment section below where and when you watched Racetime, but be sure to keep a receipt or your tickets if you choose to use it as an entry. Should you be drawn as a winner and fail to present them, you will be disqualified. 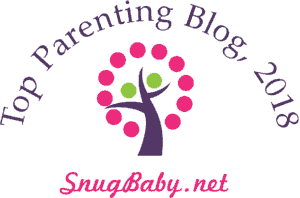